Last saturday another highlight of this years season took place: Ironman 70.3 Budapest. Even tough this race  has only been in the race calendar for the last two years I have heard so much positive about it.
At 9:10 in the morning, a little bit late than planned, the race was started by the men pro athletes. My expectations to my second rolling start in this year were pretty high because in Klagenfurt this new system did no work out as well as the organizer had expected, especially the separation where an athlete has to start was pretty poor at the Ironman Austria. 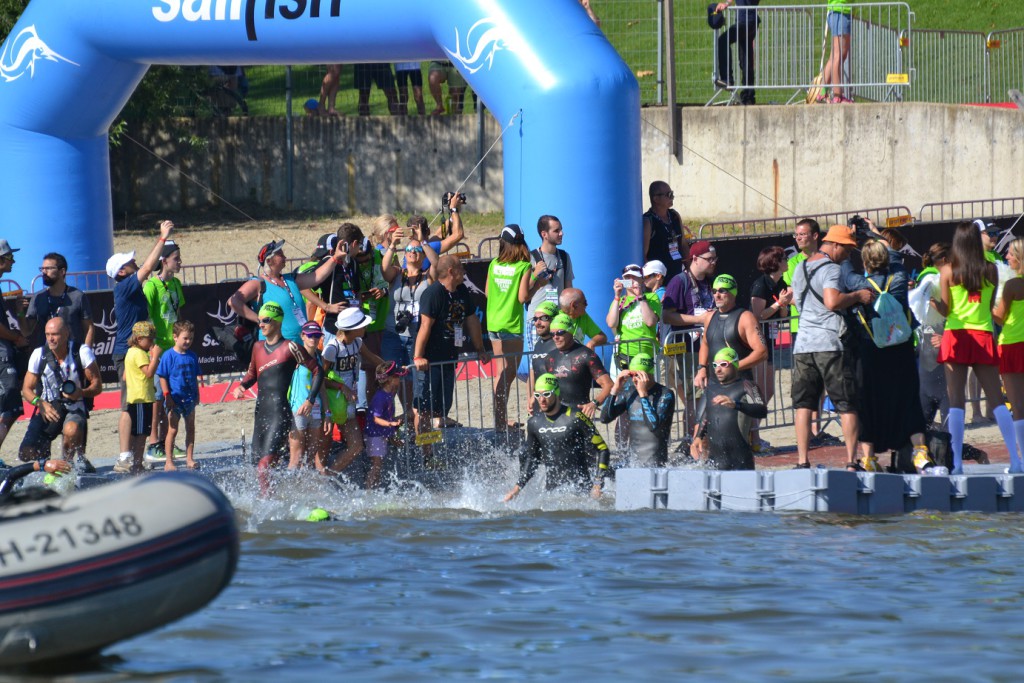 The decision where to stand (I took the second wave with an expected swim time of 30 to 32 minutes) was easier than in Klagenfurt but nevertheless the rolling start turned out to be a mass start, as the girls in front row opened the “gates” almost every second for eight or more athletes. The result was a hard fight on the first 200 meters. After that the swim became a bit easier and on the way back it was a nice swim. After exact 30 minutes an 41 seconds I came out of water.
After a quick jump out of the neoprene and into the aero helmet the bike split was ON. The course was very nice even tough there were a lot of potholes and bumps which lead to defects on many athletes’ bikes – happily I did not have any troubles except one time when I almost fell of the aero bar after five kilometers of the race. First lap on the bike passed by very quickly. At the beginning of the second lap I was wondering where all the other competitors were who have been racing among me during the first 45 km. 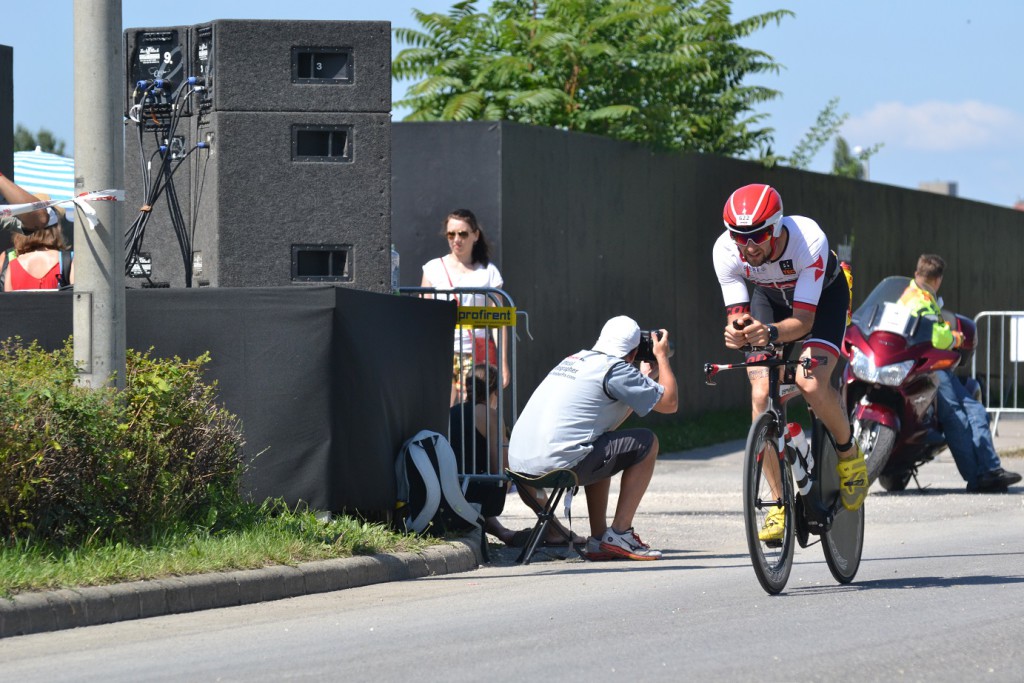 At the first turning point I figured out that they were behind me all the time for the first 10 km. This fact did not bother me very long and I kept pushing forward. 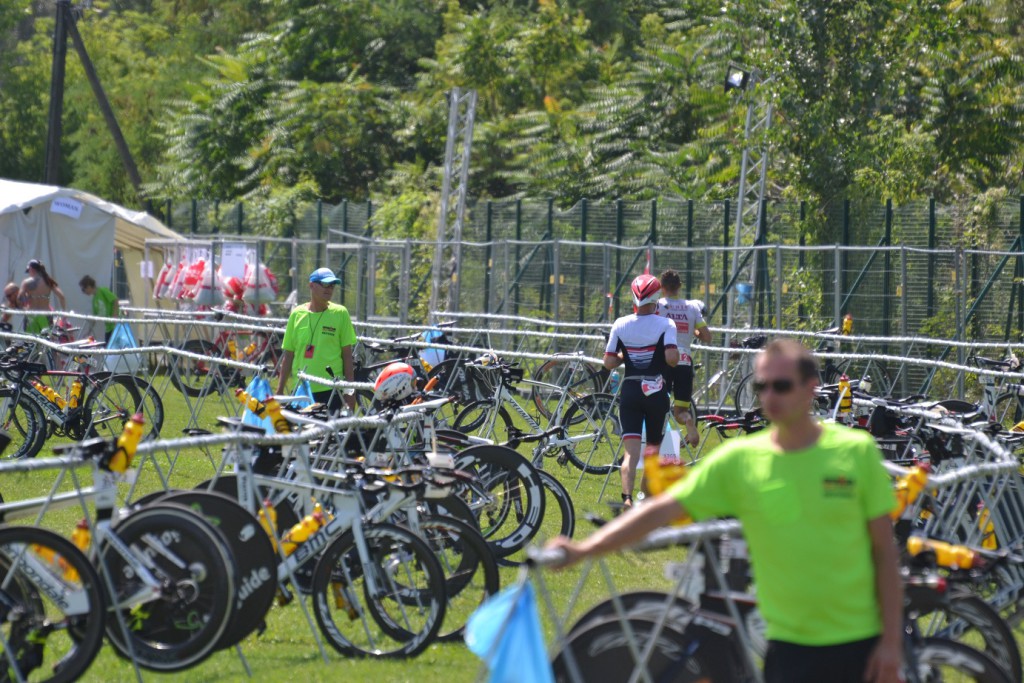 Two hours and 18 minutes after the transit to the bike I was back in transition zone for the switch to the running part of today’s competition – at this time it already had about 30 or more degrees Celsius. 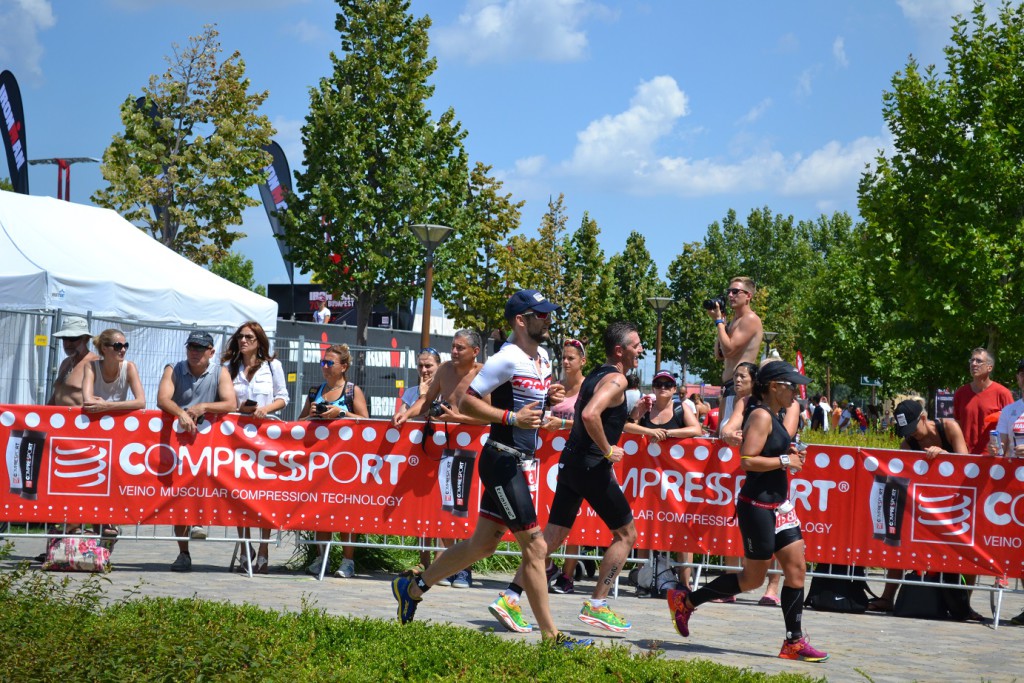 I chose my pace from the beginning on with 4:30 min /km and tried to keep it up as long as possible – did not succeed on that plan but I could however finish the half marathon within 1 hour and 35 minutes.
My time at the end was 4 hours 28 minutes and 46 seconds which makes me very happy and a bit proud on myself. All in all this means the 24th place in the agegroup M30-34 and the 88th place among men.
Additionally I have to mention that both the bike (5km) and the run (1km) course were too short. But nevertheless I am happy with my time and the results at this hard circumstances. Further results can be found here.

Thank’s to the organizers and also to the many helpers for the great competition and the people cheering at all the athletes. Also many thank’s to Eni for the very nice pictures.

Now it is again time for relaxing and putting hot feet into cold baths (unhappily still without Aquilo Sports).