O my god…my personal highlight of my very first season is just another week away!!! Excitement is increasing but still everything is fine. The feeling that all the long and hard work will finally payoff is really cool.

My plan for this week is pretty simple:

Last Sunday the last test, kind of rehearsal before Ironman 70.3 in Zell am See took place. Thank’s in the first place to dertriathlon.com who organized a triathlon over sprint and olympic distance as well as a kids aquathlon.

Exactly at 10:00 the start signal rang and my wave started with the 3 and 3/4 laps of swim in the outdoor swimming pool of Fürstenfeld, which is by the way very shallow at some points. First meters were the same as usually…hard fight and lots of hits until I cam to the first buoy. After turning at the second buoy I finally had something that I would call a rhythm. But somehow I recognised that my speed was not high enough for the chosen starting intervals. It happened that the kind man at the edge of the pool pressed his signal horn exactly at the same moment when I arrived at the turning buoy where the starting area was located..what the f*** I just thought!!! I was not very happy participating another round in the middle of a starting swimming round/fight. After loosing a lot of time and of course energy I managed to swim the last 3/4 of a lap and got somehow from the center towards the outside where the swim exit was. After 28 minutes and 21 seconds I arrived in the transition zone.

The course with the bike was very nice. Two laps, each 23km, must be executed by the starters of the race over olympic distance. Already at the beginning of the first out of two laps two accidents occurred almost in front of me. I tried to stay focused and concentrated on the biking and not being upset with the things that happened during the swim.

I changed a tactical aspect for nutrition as a kind of experiment for the Ironman race. My plan was to eat two Powerbar gels and to drink as much as possible out of two bottles of Powerbar isodrink. In the past I drank the gel with water instead.
But…during first lap I recognised…it was to less pure H2O!!!

The route was not very hard to race besides one short but hill as far as I can rate after a few races.
After finding the exit at the last circle (really confusing situation there) I arrived at the transition zone the second time after 1 hour 20 minutes ant 51 seconds.

The last transition was very quick and I could immediately start the 10km run. At the first round I got a bad response from my stomach reminding me of my experiment during biking!

I felt a stinging pain in the right side of my underbelly. I tried very hard to bear down the pain…opening my suit, putting the top upwards…breath in deeply, breath out deeply…no way getting rid of this bastard!!! It became worse and I had to decrease my speed. The problem got a little bit better at the end of first lap when I arrived at the area of the swimming pool again. So I decided to increase velocity again but turned out that this decision made the pain come back again immediately. After the last turn I had to walk some meters because the pain was too big.

I am not really happy with the result at all, but I can also take something positive out of the whole. All in all the rank is not that bad considering my struggles during the race (also thinking of the fact that it is just my 5th race).

I am looking forward to racing a middle distance at Ironman 70.3 Zell am See.

This morning I did a short run and some abs. After work starts the preparation for the Thermenland triathlon. The rehearsal for Zell am See in Fürstenfeld is a triathlon over the olympic distance because I decided not participating in the sprint distance in Piberstein.

On Saturday 26th of July there was a triathlon over the olympic distance at Mürzer Oberland at Neuberg an der Mürz in and around the Urani pond. Before there were a aquathlon competition and a hobby triathlon.
Exactly at 14:00 the start signal was given for the 1500 meters swim separated into three laps in the larger but still small pond and another shorter lap in the smaller pond which were connected to each other over a channel. First half of the first lap was very tough – in my opinion there were too many athletes at the same time for the size of the pond so I was just able to swim like a water polo player. After the turn at the first buoy it happened that I got pushed towards the shore and all of a sudden it was digging in the ground of the pond. As i was startled I looked out of the water to see where I exactly was and I noticed a nother athlete who was standing in the water and jumping into it with a header. After the second turn the field got separated more and more and it was possible for me to concentrate more on my own swimming skills than on other athletes although I still got some hits on my feet.

During the 40k biking course it rained several times which had a very pleasant cooling effect but also made the road a bit slippery so you had to take care and not risk too much.

All in all I had no trouble on the road and after an hour I returned into the transition area and back on the running track.
There was a course of about 5k on a path over grass and brash that has to be run twice by every athlete. Due to the rain the meadow was sometimes a little deep, therefore, it was not easy to accelerate all the time. But this could also had its reason because the sun and the before fallen rain made hazy conditions on the track – felt like in the jungle!

… after a 4.5 hour  bike tour to the Südsteirische Weinstraße and an easy 2 hour run. This weekend I trained about 13 hours where I did 300km on the bike, 3km swimming and 17km running.

Some pictures of where I have been this weekend. 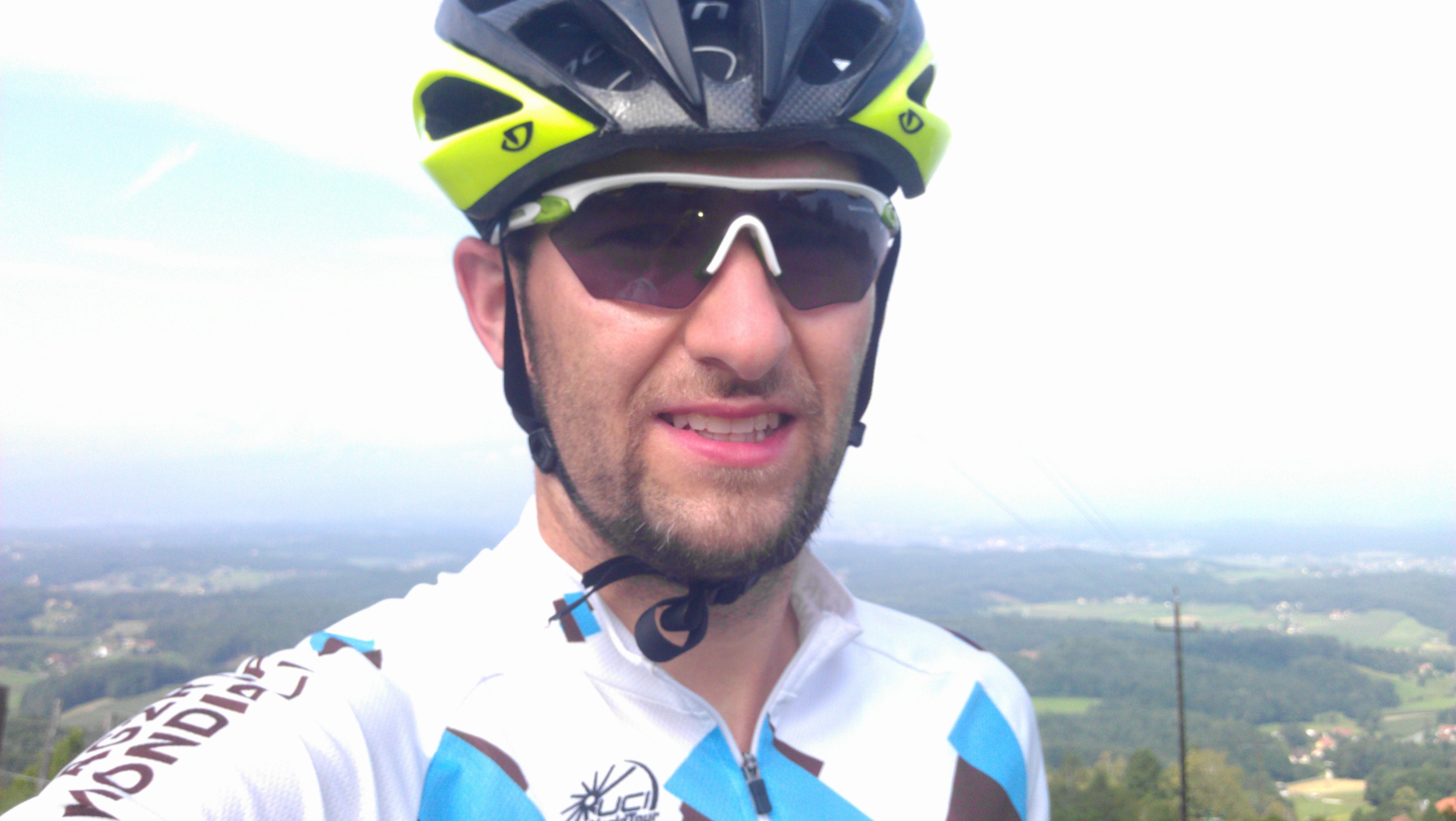 Great view over south of Styria in Kitzek im Sausal is worth all the pain during the way up tot he small town. 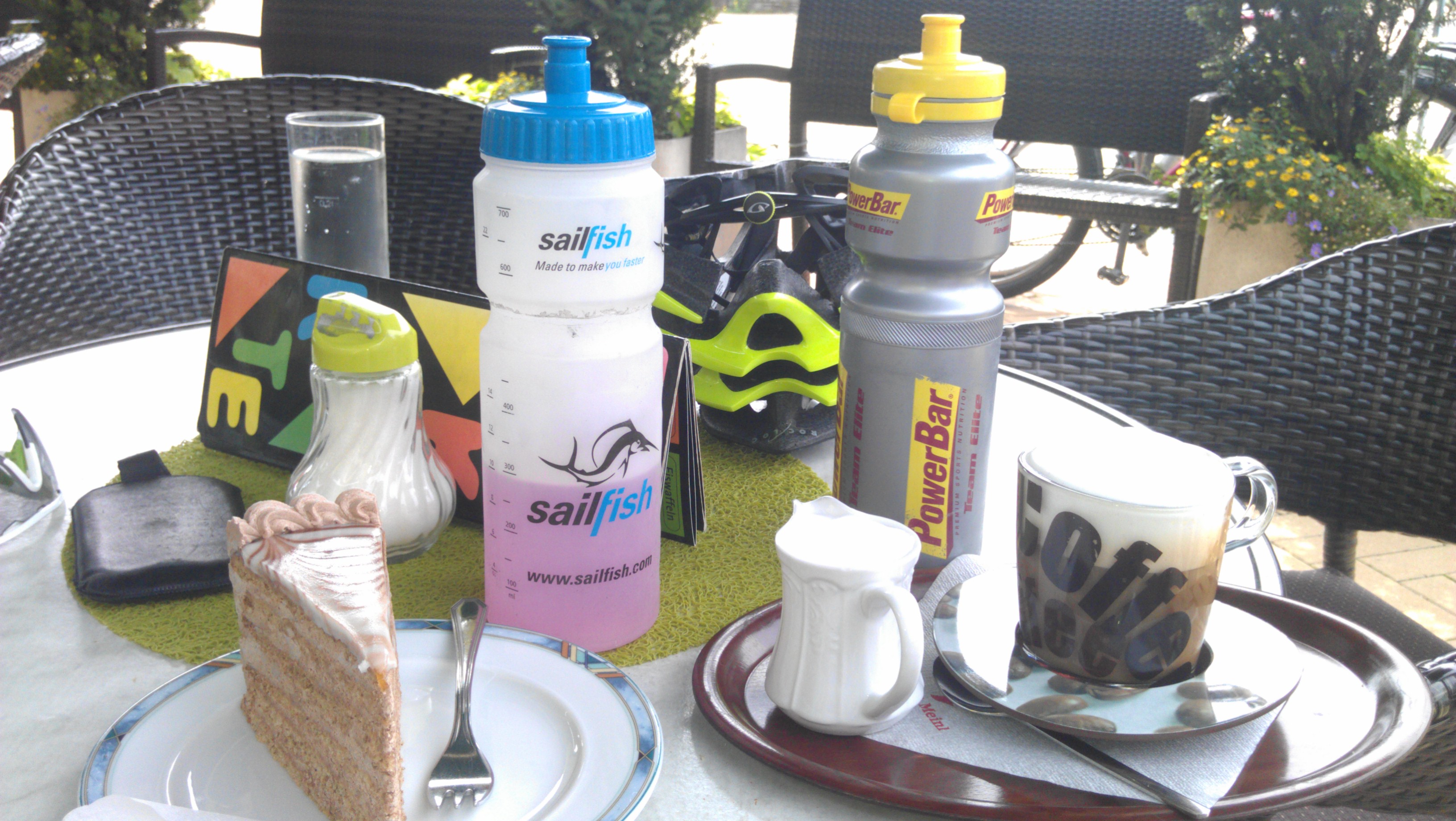 After a short coffee break in Gleinstätten to gain some more energy for the further way. 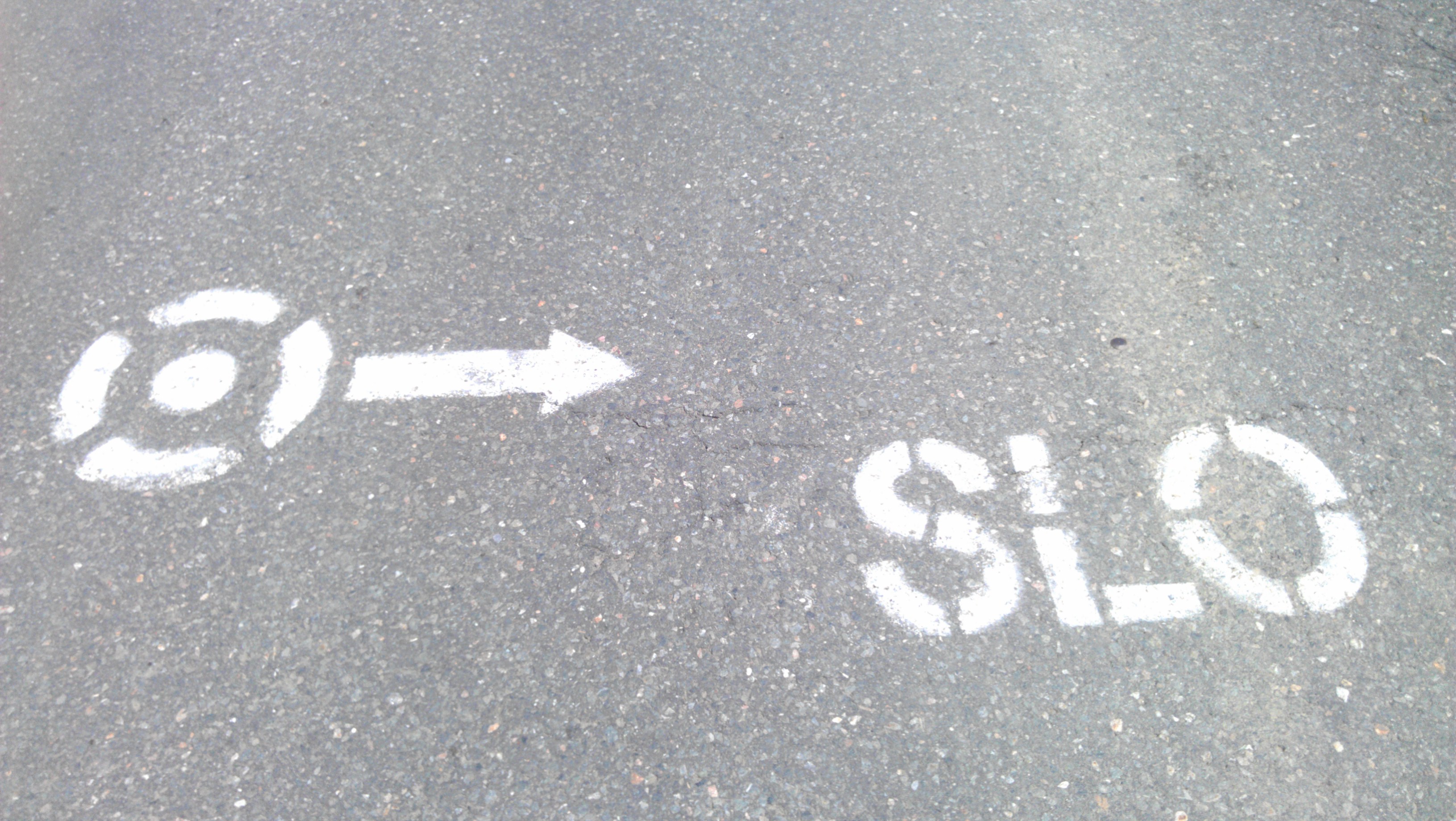 All in all it was a exhausting but still perfect sunday!

The very watchful guys of you might have already seen it within my worpress site. I can announce that I have got my first two sponsors. First of all I want to thank both Stadlmann-TEC and Schluga IT very much for supporting me. In triathlon you have got to invest a lot of money for the equipment therefore it is good to get a helpful hand.

Thank’s once again and maybe you can suggest some other companies supporting me!